Self-Driving Trucks Take the Road in Texas – How Will Workers Be Impacted?

Self-Driving Trucks Take the Road in Texas – How Will Workers Be Impacted? 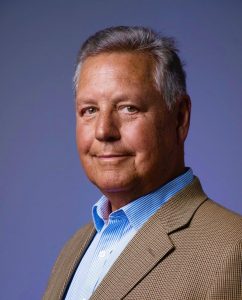 The world of self-driving trucks continues to expand as new technologies are being tested and more companies are emerging with revolutionary-designed autonomous fleets of semi-truck tractors that increase safety and efficiency. There’s no denial that these 80,000-pound tractor trailer rigs, which number over 2 million in the U.S., will disrupt the trucking industry as fleets convert to autonomous units. It won’t be long when it will be normal to see these special trucks on the highway. Experts say seven years or less. As an example, Australia’s Rio Tinto has 73 huge autonomous mining trucks hauling iron 24 hours a day.

In 2017, the Texas legislature passed a pair of bills legalizing both driverless vehicles and trucks allowing these new self-driving trucking operations to deliver cargo to every corner of the Lone Star state. Unlike other states such as California, self-driving developers don’t need special permits to test in Texas. Executives with several autonomous trucking firms say that they are working closely with Texas authorities who, supporters say, are big boosters of trucking tech. Even the US Postal services has tested transporting mail there via robotic trucks. Texas has also kicked off a number of U.S. Department of Transportation (DOT) projects to promote advanced truck tech with funding from a federal grant that will serve to enhance the safety of all autonomous vehicles in the state.

A year-old start-up company in Dallas, called Kodiak Robotics, will be running its driverless trucks on roundtrip hauls of more than 400 miles between Dallas and Houston. For now, Kodiak will have a “safety driver” available in the cab to make sure the robotic trucks don’t misbehave, but eventually the truck fleet, often travelling in convoys, will be monitored remotely through advanced camera technology similar to military drones. The latest technology has extended the autonomous vehicle industry’s LIDAR remote sensing standard of 270 yards to nearly 1,100 yards. There are also a bevy of sensors that monitor thousands of data inputs each second to help navigate and control every function of the truck. The technology is also self-learning. The benefits are pretty obvious. Autonomous trucks can transport goods 24/7 with no mandatory 11 hour per day operating limits. It’s fuel efficient with little down time; there are no cell phone, passenger, or other driver distractions; and the driverless trucks obey all of the traffic laws. Increased trucking safety and efficiency are clearly the goals.

It’s no surprise that other big firms like Daimler (Mercedes), Waymo (Google), Volvo, Volkswagen, UPS, and Tesla are all vigorously testing automated trucks. Keep in mind, the stakes are high. Trucks are the backbone of the U.S. economy moving over 10 billion tons, 70% of all the country’s freight, and generating more than $700 billion in revenues in 2017. Trucking is the largest industry in 29 states, with Texas demonstrating steady revenue growth of 2.1% annually for the past five years. With no sign of trucking being slowed down by technology, experts focus on the existing and future physical and mental demands of long-haul truckers. In turn, trucking operations using workers’ compensation insurance or the Texas ERISA-based alternative injury benefit program, expect that truck driver injuries or illnesses will decline in the future.

According to the U.S. Department of Labor, Bureau of Labor Statistics (BLS), vehicle crashes are the leading cause of workplace deaths, with frequency of motor vehicle accidents on the rise over the past five years. In 2017, there were 2,077 workers’ compensation fatalities involving motor vehicles, accounting for 41% of all work-related deaths that year. The National Highway Traffic Safety Administration cites over 90% of such accidents are due at least in part to driver error. There’s no doubt that truck drivers are highly skilled in order to drive their semi-trucks safely, but trucking firms report that nearly 70% of their highway big rig accidents are largely attributed to surrounding drivers’ unsafe actions. How will autonomous trucks deal with errant drivers?

Besides the long hours behind the wheel, other injuries to drivers are often due to the fact that semi-trucks are like mobile warehouses, with drivers performing a wide variety of duties in and around the tractor trailer and its cargo, often in adverse weather or road conditions. Drivers, particularly with an aging workforce, are understandably more susceptible to back, shoulder and knee claims. It’s a tough and demanding job. Lost time injuries and the inability to assume meaningful transitional return-to-work duties are a challenge with trucking company fleet scheduling demands. Smaller trucking firms may have no other transitional duties available.

The nation’s 3.5 million commercial truck drivers in 2017 experienced 47,860 injuries or illnesses out of a total of 882,730 total occupational injuries. The National Safety Council states that motor vehicle claims are by far the most expensive workers’ compensation claim, on average at over $100,000 each. The National Council on Compensation Insurance (NCCI) claims that over a five-year period from 2011-2016 motor vehicle accident claims account for 28% of the total claims that exceed $500k.

According to Commercial Truck Insurance HQ, a company that assists in obtaining various trucking related casualty insurance quotes, typical truck driver workers’ compensation insurance (NCCI category 7219) costs between 8% to 15% of a truck driver’s salary. With an average driver’s salary of $57,000 in 2019, this is an annual employer workers’ compensation premium of $4,580 to $8,550. However, with prior accidents or injuries, some trucking firms can experience annual per driver premium rates as high as $24,960 in Texas and $31,200 in California. Unlike the majority of the country’s labor force, a reduction in frequency and severity of truck driver claims can translate into significant cost savings to the various employers that manage their truck hauling and delivery services.

Despite operating challenges like slick roadways; construction zones; severe weather; stalled vehicles; or obstructions in the roadway; extreme precautionary measures are woven into the autonomous technology to ensure that safety is the top priority. Lane departure – often a beef with auto vehicles trying to pass trucks on the freeway – is better than ever. Trucks in caravans are expected, for the most part, to stay in the right lanes. Other enhancements include: forward collision mitigation; active breaking; and anti-rollover stability. Enhanced health and wellness is expected for drivers assigned to ride-along in the cab and who will be able to use mobile devices at will or even eat or sleep in the cab as the autonomous unit travels.

What about vehicle liability? It’s assumed by most legal and insurance analysts that the firms operating the driverless vehicles are most likely the deep pockets in the event of a serious accident or injury. Liability insurers are banking that trucking firms will have a lower frequency and severity of vehicle liability claims as well. Overall, experts claim the savings to trucking firms using autonomous vehicles will ultimately be in the tens of billions of dollars. This favorably impacts both truckers and their employers as the new technology rolls out.

Assuming improved safety comes about for both truck operators as well as other vehicles on the highway interfacing with these trucks, the next big question has to do with truck driver jobs. The trucking industry currently has over 3.5 million Class 8 heavy duty (GVWR of 33,001 pounds or more) truck drivers, but it has steadily lost its most experienced baby boomer drivers due to retirement or disability. While truckers were highly unionized until the 1970’s, about 13% of the drivers are in unions and over 10% of truck drivers, about 350,000, are solo owner operators who own their own trucks. The average age of truck drivers is 55 with 94% male, averaging only $45,000 per year in annual salary. Sadly, truck drivers also suffer a higher degree of chronic disease including obesity, diabetes, and high blood pressure. Adding to severe driver shortages, is the fact that younger generations of employees are not interested in being in a sedentary, and often lonely, job. Long haul truck drivers average 240 nights a year away from home sleeping in the cab, motels, or at truck stops eating at diners or fast food restaurants. Over 100,000 truck driver positions are expected to be open in 2020 alone, with greater shortages predicted for the future. A bigger question will be the nature of work new drivers will experience in the future. What can a truck driver/operator expect as a job description in the future?

So how does all of this new technology impact workers? Are truck drivers going to be out of a job?  Employers say that their intention is to have truck drivers in the cab to assist in loading and delivery, security, as well as logistics, route planning, and communications. So far, trucking companies state that their drivers for the foreseeable future will remain in the truck cab, much like an airline co-pilot, with the ability to take over the driving in the case of emergencies.

Automation and robotics have had a huge impact on our country’s workforce, but additional advancements are well on their way. It’s expected, for instance, that ride sharing programs like Uber and Lyft will be displaced ultimately by autonomous vehicles operating 24/7. This technological leap in transportation should ultimately translate into massive productivity increases. But qualified drivers are needed in the interim to see us through this transition phase before autonomous vehicles, including trucks, are the norm. Our nation’s most important economic asset – employees – may struggle as employment opportunities shift direction, but autonomous driving technologies will change the employment landscape, efficiencies, and workplace safety in ways we’ve never witnessed before.